It was a swerve-driven rack-and-pinion lift that was capable of making up to 3 stacks of 6 totes with a bin. 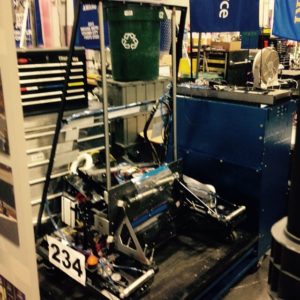 Blue Tooth was extremely maneuverable and was capable of scoring a 20-point autonomous.

Almost no other robot boasted a swerve-drive, which allowed us to slow down the robot for increased maneuverability

Winning competition at the state level!

We achieved 4 Blue Banners and did well at every competition we went to.